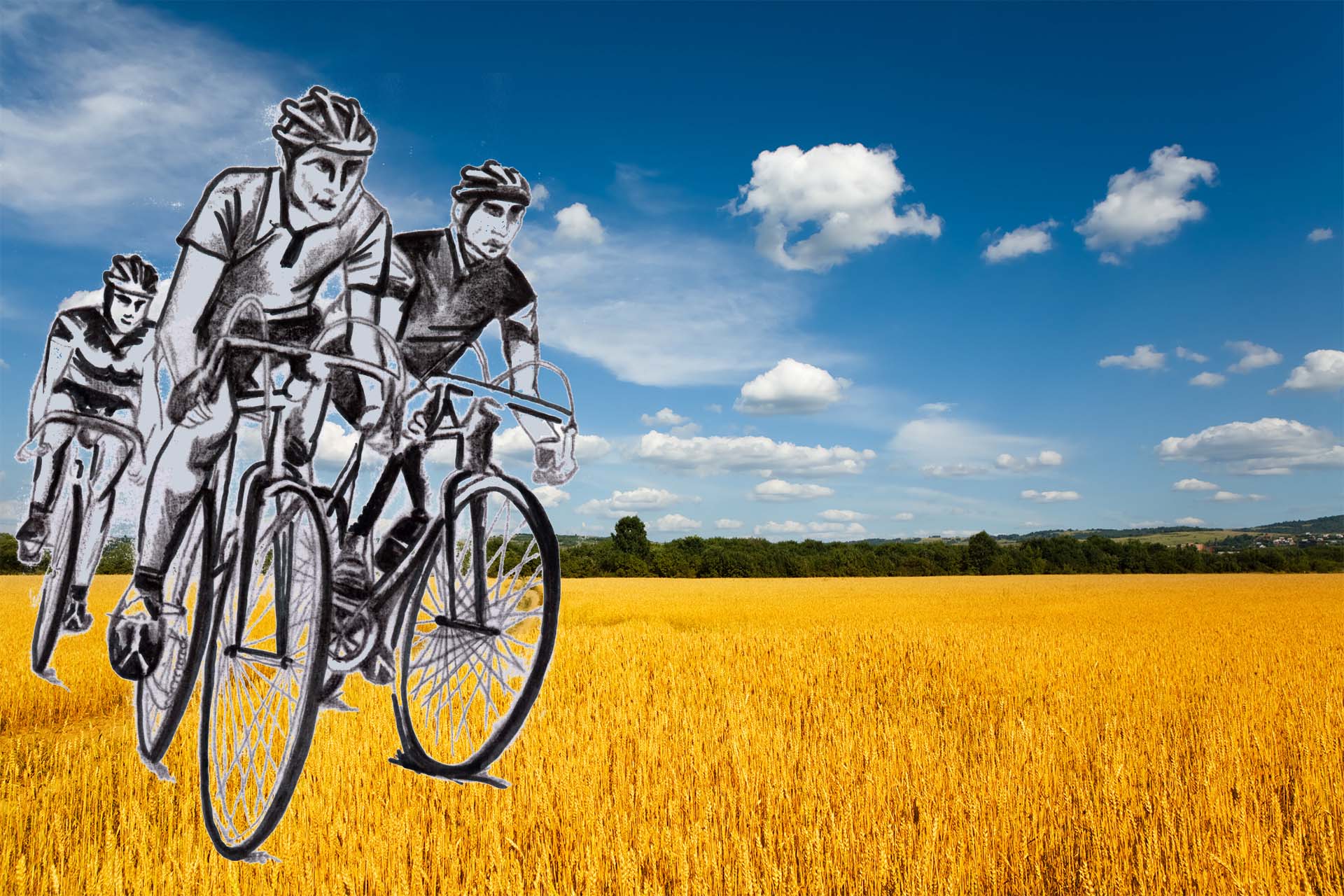 WHAT ABOUT CYCLING TO SERVE

Within the Rotary International, there have been created many Fellowships during these years; they are groups of rotarians who share the same interests and organize activities in aid of charity in the name of their sporting passion or their hobby. The slogan “Making friend by sharing interest” demonstrates that the Fellowships represent the core of Rotary, the principle upon which the world biggest not-for-profit organization is found.
Fellowships offer Rotarians an opportunity of meeting in the name of charity and of the interest they share.
“Cycling to serve “ is the slogan of the Fellowship dedicated to cyclists, which promotes meetings of members, their friends and their audience each year.
Among the several initiatives organized by the Fellowship, the most important event is the Cycling World Championship, that allow members from all over the world to show their talent, which is not a professional one, through a passionate challenge organized in places with a touristic appeal.
This Fellowship was born in 1988, thanks to a group of Belgian and Dutch Rotarians who shared a great passion for cycling.
The aim was to link sport and amusement to activities in aid of charity: the winners of each category receive contributes to be used for concrete initiatives promoted by their own club. Even before the creation of the Fellowship and its official acknowledgment  by the Rotary International, the idea for the organization of the first World Championships came from Belgium, in particularly from the Rotary Club Herentals, which organized it in 1984 for friends and followers. 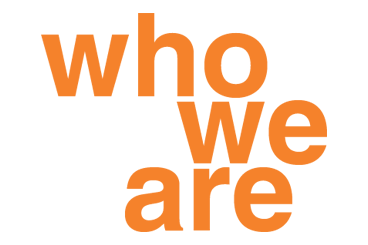 The International Fellowship Cycling to Serve is a group of Rotarians dedicated to promoting cycling as an opportunity for fellowship. 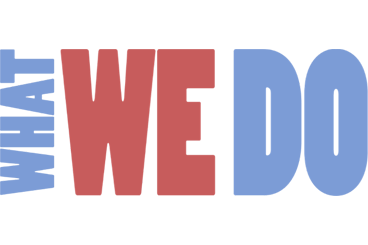 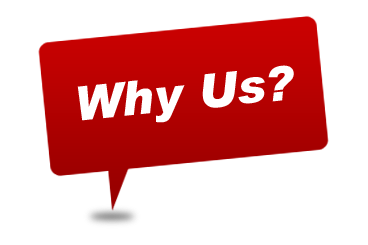 Membership is open to every Rotarian and to members of Rotaract.

The city of Montegranaro and the nearest

Montegranaro is a town in the Province of Fermo in the Italian region of Marche, located about 45km south of Ancona and about 45km north of Ascoli Piceno. With its location you can reach the beach with 10km (10 minutes by car) or the mountain with 35km (25 minutes by car).

It is the main centres for shoe production in Italy. All the most famous and important shoes brand are manufactered here and, walking around the Outlet zone of the town, you will see many shop with discounted shoes of Prada, Gucci, Tod’s, Geox, Premiata, John Richmond, Nero Giardini and so on.

We are full of very old artisans which create the most beatiful shoes that you will find in the famous boutique all around the world.

How cyclism is related to our city

Cyclism and Montegranaro goes back to very old ages. We want to remember the Vice-Champion of the World and Gregarious of Fausto Coppi, Michele Gismondi which was born and lived in Montegranaro, and just passed away a few years ago: an heroic Cycling Champion toghether with Fausto Coppi and Gino Bartali.

Montegranaro is not only Champions, we have hundreds of amateurs who, just as much as they can (especially on weekends), handle on their bikes and in groups of two, three or more they cycle into the many roads of our area in the ups and downs of our sweet hills.

WHAT HAVE THOSE THREE CYCLIST IN COMMON WITH MONTEGRANARO?

Michele Gismondi, The Guardian Angel of Coppi. It was him, born and lived in Montegranaro, to be the last gregarious of Coppi.

He eaten dust and kilometers throught the streets of Fermo until, due to the interest of che champion, he entered into the legendary Biagio Cavanna team. He went from the amateur to professional in the team of Fausto Coppi in Bianchi to follow him in the activities on Carpano, Ghigi, Tricofilina until the retirement in Gazzola (1960).

An hard worker, a true Gregarious and always worked for the team and its captain. Coppi wanted him always at his side and historic were the Gismondi apology when he won. Michele Gismondi said to journalist “what thing are worth when you run well but at Fausto went wrong?”.

On his carerr won the Grand Prix of Belmonte (1953), the Agostini Cup (1959), the European Grand Prix (Imola 1958), touched the victory in the laps of Lazio, Emilia, in various stages of the Tour of Italy, Trofeo Baracchi. When he could finally be the captain, a serious accident made him withdraw in 1960.

He returned to his Montegranaro to make shoes, following cycling with the same low profile with which, throughout a career, had followed his captain. Won by illness, he died on September 4, 2013. There, it was realized that the world of cycling, that of pure passion, team spirit, sacrifice, he never forgot about him: not a follower, but a true champion. Above all, a gentleman.

TRAVELING INFORMATION FOR THE EVENT LOCATION

The nearest Airport is “Ancona” or “Pescara”. From there you have the take the train or the bus for the final destination of Montegranaro.

You can land in “Rome” or “Bologna” where you have, as well, take the train for the station of “Civitanova Marche-Montegranaro”. Take the Taxi and you will finally arrive in the beatiful Montegranaro.

By Train the nearest station is “Civitanova Marche – Montegranaro”. Once there you will have to take a Taxi where the station is just outside.

Most of the high speed train will stop in “Ancona” and from there you have to take a Regional Train to the nearest station or a Bus.

For the timetable you can check on http://www.trenitalia.com/

With the Highroad travelling through Italy

You have to take the “A14” and exit to “Civitanova Marche”. Take the SS77 direction “Tolentino / Macerata” and exit to “Montecosaro”.

Follow the direction for the “Sport Village” of Montegranaro or the “Rotary” flags all around.

Huston, we have a problem!

Sorry, but….we are not able to provide you any usefull information to arrive in Montegranaro with your submarine!

Here you can see the map of the flight to/from the nearest Airport “ANCONA”.

If there’s an enough number of people coming to this Airport we will organize a private Bus to pick up you at arrival and bring to destination Montegranaro.

Same goes for your departure. Please let us know if you like and apply for this option.

If you have difficult to find the Info Point please call us or stop near Gas Station “Esso”, “Strada Mezzina”, direction towards “Fermo”, and we will pick you up there.

Informal dinner and happy talking with partecipants and organization’s team.

If you have difficult to find the Info Point please call us or stop near Gas Station “Esso”, “Strada Mezzina”, direction towards “Fermo”, and we will pick you up there.

Visit to the most important shoes manufacturer of the territory.

Four hours dedicated to the tests in the circuit

For guest accompanying, an alternative program in the afternoon with visits to places of cultural and tourist interest.

Welcome Dinner with special food of our territory and briefing for Rotarian Cyclists.

Grand Kermesse of the 33rd Cycling World Championship reserved to the associates of Rotary International.

Possible side events to be announced.

Culinary entertainment and folklore by relevant entities and Territorial Associations.

Tourist Cycle to be defined.

BROWSE ALL THE OPTION AND THE DISCOUNT RESERVED FOR YOU

HURRY UP! RESERVE YOUR TICKET FOR THE
33RD WORLD CHAMPIONSHIP CYCLING TO SERVE

You will feel the happiness as you race with the champions Fausto Coppi, Gino Bartali and Michele Gismondi

THE SERVICE OF THE 2017 CHAMPIONSHIP

Project Fenice - In favor of the Heartquake People

Enroll now for the event to reserve your seat

DON’T MISS THE OPPORTUNITY TO ATTEND THIS WONDERFULL WORLD CHAMPIONSHIP!!

JUMP ME TO THE REGISTRATION FORM

Thanks to a premium reseller we are able to provide a Bike Rental Service for the day of the race at the price that will vary from € 40,00 to € 60,00 depending of the type of cycle you will choose.

In that case, if you are not able to bring your bike with you but you want to take part of the ride for the first place on the 33th World Championship Cycling To Serve, they will assist you for all your needs and provide everything to get you up and running for the race.

You will pay the rental price the day of the race but, for a good management of the requests, we are asking to set this preference in the registration form so they will bring enough bike for fully satisfy the cyclist needs.

If you are racing with your shoes with quick release, it is better to bring pedals and shoes with you, otherwise they will install in the cycle a classic pedal.

USEFUL INFORMATION FOR THE RACE

Your Reference for the Event 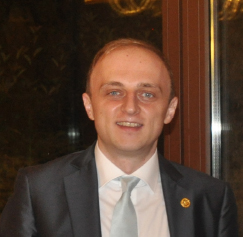 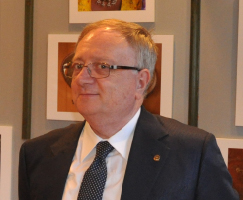 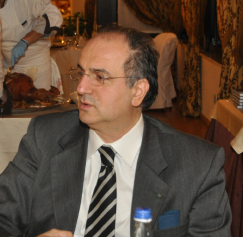 For any information or support